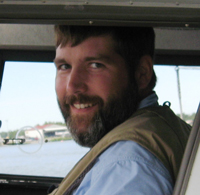 "Our Voice For General Aviation"

The following is a sample of some of the issues the Airmen Association is advocating for or against on your behalf. We are working several issues that are behind the scenes and could become public shortly. Look for updates in the next Transponder, in eBulletins and on our Facebook page.

If you have questions, comments or know of new issues please contact Adam White. As always, when you file your public comments please copy the Alaska Airmen Association.  This helps us know and understand your needs and opinions.

A Letter to the Missile Defense Agency

This letter represents part of our core mission: to protect, preserve, and promote general aviation in Alaska. Your yearly membership dues are the life-blood of this organization and help keep our advocacy efforts alive. Thank you for supporting us, and please let your fellow aviators know about us!

The Missile Defence Agency is proposing a substantial increase to the existing Restricted Area around Clear Air Force Station in the Interior. This facility currently operates a large radar system and the changing world we live in requires the military to build an even larger radar to counter threats from our advisories. As a result of the much more powerful radar, there will need to be an increase in the Restricted Area to protect airborne electronics and aircraft systems from interference.

There were public meetings held around the state earlier this summer and a public comment period ended July 5th. The Alaska Airmen Association and several other groups wrote a joint letter expressing our concerns with the proposed expansion. We also wrote a stand-alone letter further explaining the impacts to safety and traffic into and out of Windy Pass. (See copies of these letters included in this edition of The Transponder)

The military plans to begin testing the new radar after the first of the year and there is still discussions as to how that airspace will be charted and the impacts on airspace restrictions. Keep a watch on social media and for email updates for more timely information.

The State’s budget issues continue. At press time the Governor had just announced his line-item vetos, and the Legislature was about to go into special session again. So far, aviation has not been hit too hard, but there are several issues that the Alaska Airmen Association is tracking. The budget is a dynamic issue, and rest assured we are focused on monitoring how the budget impacts aviation.

Another funding issue that we have been following is the memo sent from the Office of Management and Budget to DOT leadership back in the spring. The notice asked DOT to evaluate ways to reduce the number of airports DOT owned and operated. Specifically, DOT was tasked with assessing the following options; Divestment, Transfer, Reclassification, Closure, and Long-term Leasing.

In DOT’s eight-page report back to OMB, they stated:

“Several airports were identified that either do not serve a community or no longer have an essential purpose and need for ongoing maintenance. The Department recommends pursuing efforts to reallocate the maintenance efforts at these airports to other higher priority mission areas.”

DOT estimated that $102K might be saved if this were to happen, but they were quick to say that much of that savings would not be immediately realized. DOT has been and continues to honest and open about how much it costs to maintain the 237 rural airports they own. The Alaska Airmen Association will continue to have discussions with DOT about how and where the State’s limited monies are best spent.

One of the offshoots of the Great Alaska Aviation Gathering is the opportunity for meetings with folks that come to the event. One such series of meetings was a three-day work session to review and propose new low-level GPS based IFR routes throughout Alaska. As we all know, the NDB based colored airways are going away eventually.

The FAA sent over 15 people from different divisions and from various locations in the L48 to Anchorage to work with the Alaska Airmen, AOPA, and the Alaska Air Carriers Association to come up with possible new solutions.

The goals of the routes are to make it easier to fly IFR and stay out of the ice and get through challenging terrain. My personal goal with all of this is to make it easier for folks to operate in the IFR infrastructure than it is to scud run. We have a long way to go, but there was significant progress made with almost 80 new routes sent for evaluation and possible flight check.

There will be a new Restricted Area in the North end of Isabel Pass that should be charted this November. The new Restricted Area is to protect aircraft from the military ranges and activities in that area. Historically a Controlled Firing Area was sufficient for the activities conducted there but with the recent addition of Apache helicopters in state and the expanded training during Red Flag exercises the FAA now requires a Restricted Area over those ranges.

While it is a further reduction to options for flying around the Ft Greely area, the Army was very accommodating to the Airmen Association and other groups concerns. Be sure to update your Apps and buy new charts in November to be able to see the new airspace depictions.

If you have questions, comments or know of new issues please contact Adam White at adam.white@alaskaairmen.org or call our office at 907-245-1251. As always, when you file your public comments please copy the Alaska Airmen Association.  This helps us know and understand your needs and opinions. Keep a close watch on the Airmen’s Facebook page for the latest information on how we are advocating for Aviation in Alaska on your behalf.